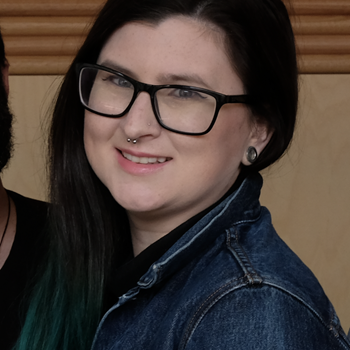 SSE gave me confidence to navigate my own regional entrepreneurial ecosystem and push myself out of my comfort zone to go to networking events.

Rory Banwell is a multi-talented creative; a photographer, videographer, actor, writer, and editor.

Rory received significant media coverage from 2016 for her photography project “Still Not Asking for It”, when she photographed women and men with messages about sexual violence written with a texta on their half-naked torsos.

When she wanted to go full time with a creative business, she felt she needed some help. That’s why she joined the Sydney School of Entrepreneurship’s inaugural unit The Navigator in 2017.

Coming from an arts background, Rory initially found she was ill-equipped. “Honestly, I struggled at first. It was overwhelming because I didn’t understand all the entrepreneurial words – it was like hearing a foreign language.”

She persevered and says she got a lot out of the SSE experience.

“I struggle with severe social anxiety but SSE provided a great opportunity to network and get support from some truly inspirational people.”

Rory also drew on the entrepreneurial expertise of the student entrepreneurs, lecturers and mentors at SSE to help hone her “Still Not Asking for It” project into a social enterprise.

She has now launched an education campaign for primary and high school students on the mid-North coast of NSW where she lives and is making a documentary of the project’s journey. She’s also just about to launch her first feature film, a documentary following the story of high school students living with a disability who put on a theatre production.

It’s all part of the media business she’s been running for a year full-time since completing The Navigator, offering photography, videos, keynote speaking and content writing,

“I have hustled my way along as a creative consultant,” she says. “SSE empowered me to do that.”

To find out more about our upcoming units click here.