SSE acknowledges the Traditional Owners and Custodians of the unceded lands upon which we and our partners live, work, educate and inspire.

We pay our respects to Elders past, present and emerging, and the continuation of their invaluable cultural, spiritual and educational practices.

Growing up amidst the natural beauty of Sydney’s Sutherland Shire, brothers Isaac and Elias Honor and their lifelong friend Jack Graham knew that Australia had something special.

But it was only after travelling around Asia and encountering levels of air pollution that posed major health risks that the University of Technology Sydney and University of Sydney students realised they could bring some of this uniqueness to the rest of the world in a meaningful way. 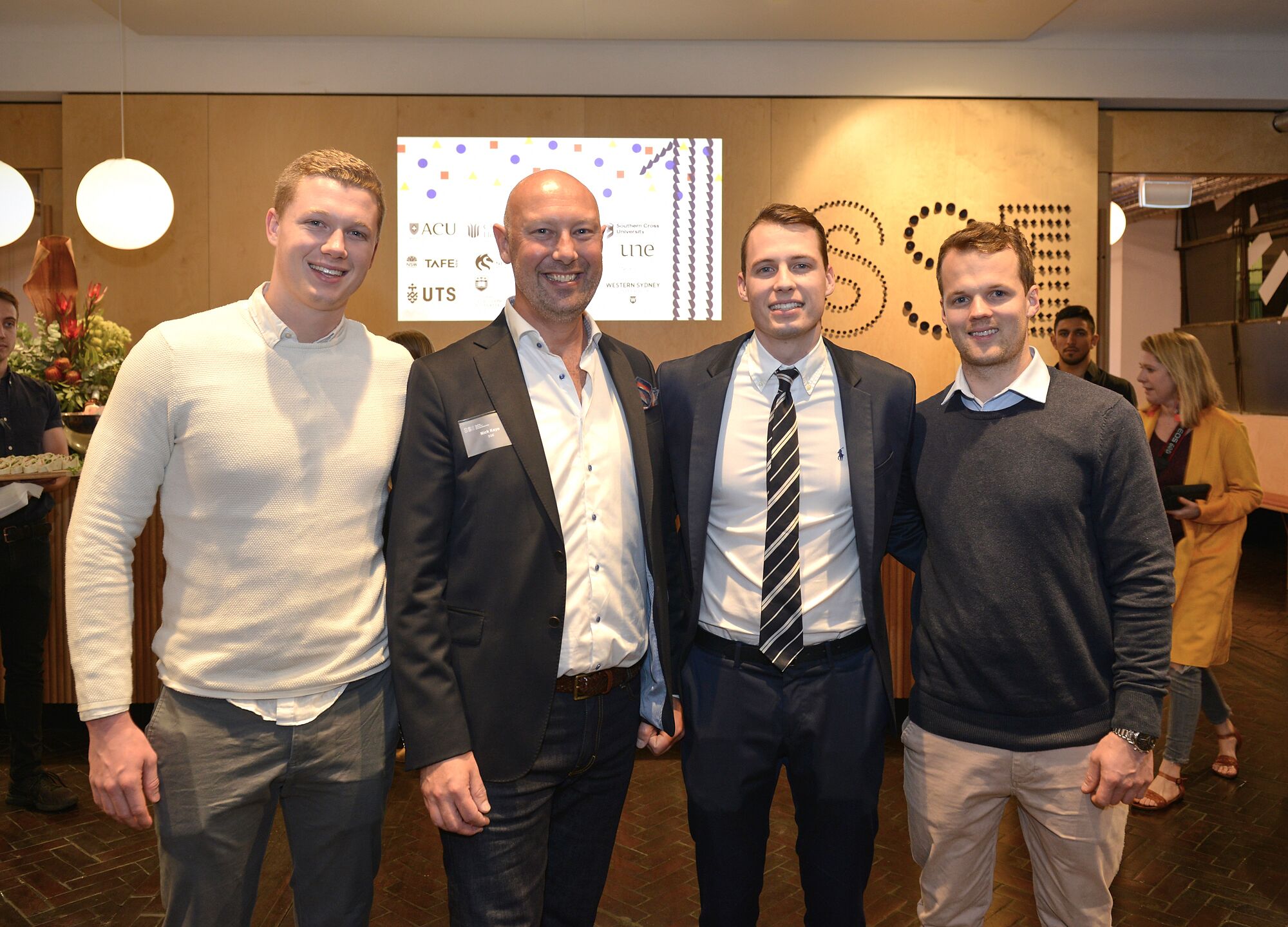 In November 2017, they co-founded AusAir, an anti-pollution mask startup. Their patented mask uses Australian botanicals embedded into the filter to combat common health issues caused by air pollution, such as increased stress, poor skin and congestion.

In 2018, Isaac joined the University of Sydney Genesis Startup Program, which helps bring innovative student and staff business ideas to life. At the end of the semester-long program of workshops, mentoring and networking events, we welcomed Isaac and his co-founders to SSE to host the Sydney Genesis final pitch night.

We encouraged Ausair to apply for our International Bootcamp to China. They were successful, and the six-day intensive trip gave them the opportunity to immerse themselves in a key target market.

“We had seven flights in eleven days. We visited the Silicon Valley of China, pitched to the biggest companies in China, we got the second biggest e-commerce company in China on board and the Vice Dean of Cheung Kong Graduate Business School as our Advisor.

“On this program you’re constantly innovating and surrounded by people who are seasoned entrepreneurs, staying up long nights and many hours – it sharpens your mind very quickly. That’s something that you couldn’t achieve in several years, and you’ve done it in a week.”

As a result of the trip, they reached a deal with JD.com – the second biggest e-commerce site in China – to launch AusAir on the site’s crowdfunding platform. This is expected to raise around $200,000 in initial crowdfunding, create exposure and secure distribution.

Inspired by their success, we invited them to join our first birthday Speaker Series event in August 2018.

Isaac joined our CEO Nick Kaye in a fireside chat to compare the highs and lows of their respective startup journeys. Only two months on from that first meeting, Isaac shared how much SSE had helped support his vision and amplify his impact.

“We wanted to make an impact, we think it’s a good product, we think it will actually help people. Sydney School of Entrepreneurship was absolutely key in that because we got access to our target market.”

Update (Feb 2020): AusAir has launched on Kickstarter visit their website for more information.