SSE is Australia’s first, and only, Government initiated School of Entrepreneurship. It was established to enhance and embed growth mindsets, entrepreneurial skills, and innovative thinking, across diverse communities - empowering positive global impact both now and in the future.

SSE’s impressive global networks and community impact is espoused by a unique foundation and structure; a not-for-profit organization, with a powerful association of founding member institutions comprising all 11 NSW Universities and TAFE NSW.

Embedded across the intersection of education, industry, government, and the wider community, SSE is uniquely positioned to forge collaborative partnerships that empower positive impact at both an individual, and societal level.

SSE participants span a broad range of industries and interests. We design and deliver innovative learning programs suited to our partners’ needs, ensuring an embedded focus on skills and capabilities to enhance adaptability, employability, and economic growth.

Through experiential learning and development, our participants emerge ready to adapt and succeed in an ever-changing society, confident to impress impact on the world.

Our community MEET THE TEAM

The dynamic team at SSE are as diverse as our community. Learn more about our people, mentors, brains trust and board members.

It’s a remarkable place that fosters creativity, collaboration and ambition.

Sydney School of Entrepreneurship (SSE) is an unprecedented collaboration between all 11 NSW universities and TAFE NSW, supported by NSW Government.

SSE was established in 2016 with cornerstone investment by the NSW Government.

In 2016, the NSW Government catalysed Sydney School of Entrepreneurship with cornerstone investment to build an unprecedented collaboration between all 11 NSW universities and TAFE NSW.

The impetus came from a 2015 Commonwealth Chief Economist research paper that showed startups created 1.44 million jobs across Australia between 2006 and 2011.

SSE is a key plank of the networked innovation ecosystem the NSW Government is building under its strategy to embrace innovation and drive jobs growth - supporting a culture of startups and entrepreneurship in Australia.

The NSW Government looked to the Stockholm School of Entrepreneurship, a trailblazing collaboration between five academic members in one city, and set out to amplify this model in NSW.

In late 2016, Nick Kaye, an Australian who led the Stockholm School of Entrepreneurship for 10 years, became founding CEO. He built a small team to prepare SSE to begin operating.

A central campus in Ultimo was fitted out and SSE Champions were appointed to represent each of the 12 member institutions. The SSE Board of Directors was appointed and an Academic Committee formed to oversee operations, education and training.

SSE opened its doors on 16 August 2017.  The launch was attended by all 12 members, the first class of student entrepreneurs, and an impressive network of partners.

In its first year of operations, SSE welcomed 4,000 participants including academic faculty, student entrepreneurs, startups, industry partners, government representatives and the wider community. SSE hosted more than 100 activities at its Ultimo campus and at member campuses across NSW. 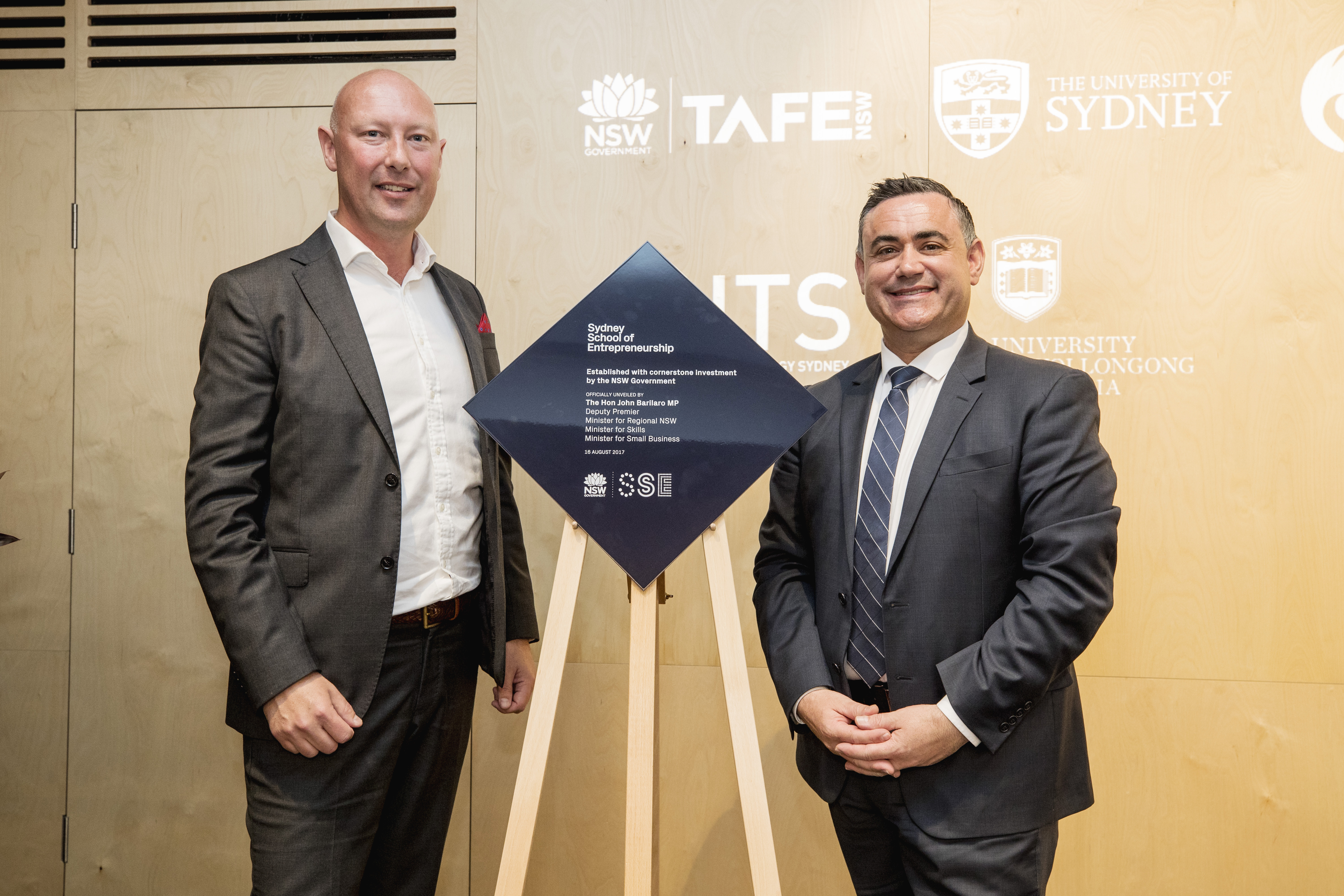 For the full bios of SSE Board Members, SSE staff, and SSE’s other governing committees, visit our community.

view a copy of our latest annual report