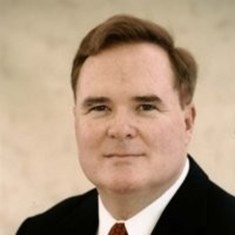 Dr Dave Kennedy is the Managing Director of drdavekennedy.com Pty Ltd – a philanthropic consultancy – and the former Executive Director of The Atlantic Philanthropies (AP) Australia Pty Ltd (Chuck Feeney’s philanthropic foundation).  While with AP, he was responsible for an average annual giving budget of $50,000,000. He also helped garner $235,000,000 in Commonwealth funding for AP’s grantees which, in turn, helped leverage more than $900,000,000 toward university and medical research buildings.

As a consultant, Dr Kennedy has worked with clients such as Orygen – the National Centre of Excellence in Youth Mental Health, the Walter & Eliza Hall Institute (WEHI), the Queensland Institute of Medical Research Berghofer (QIMRB), the Australian National University (ANU), and the Centenary Institute (CI). As a direct fundraiser, he has helped to raise more than $60,000,000 from philanthropists and foundations for not-for-profit organisations.

He is also the Founder of igiveonepercent.org, a not-for-profit initiative that promotes personal and corporate giving, which was inspired by the Giving While Living philosophy of Chuck Feeney.

Prior to his philanthropic work, Dr Kennedy was an academic who has worked on three continents – Australia, Asia and North America – and is an award-winning lecturer and researcher. His last academic posting was an associate professor in the Faculty of Health Sciences at the University of Sydney.