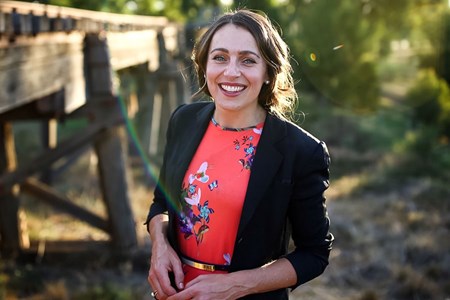 Jillian Kilby is Founder and Director of The Infrastructure Collaborative, an infrastructure consultancy firm based between Dubbo in regional NSW and San Francisco.

Jillian is Founder of entrepreneur hub The Exchange Dubbo Pty Ltd, purchasing the former Dubbo telephone exchange and post office to serve as a space for the initiative.

She holds advisory roles for Monash and Charles Sturt University and is a former Director on the board of Jobs for NSW, the Royal Agricultural Society of NSW and a former Panel Chairman for Engineers Australia.

Trained as a Civil Engineer at the University of Sydney, from 2013 to 2016 she was a BHP John Monash International Scholar at Stanford University, where she received an MBA and a Master’s in Public Policy.

Jillian’s awards include Australian Young Professional Engineer of the Year, Sydney University Young Alumni of the Year, and NSW Rural Woman of the Year.