The inspirational founders of one of Sweden’s fastest growing beauty startups Löwengrip, shared their insights with a full house at the SSE Innovation and Beauty Global Series on 26 February.

Here are some of the key takeaways from Isabella Löwengrip (Creative Director) and Pingus Hadenius (CEO). 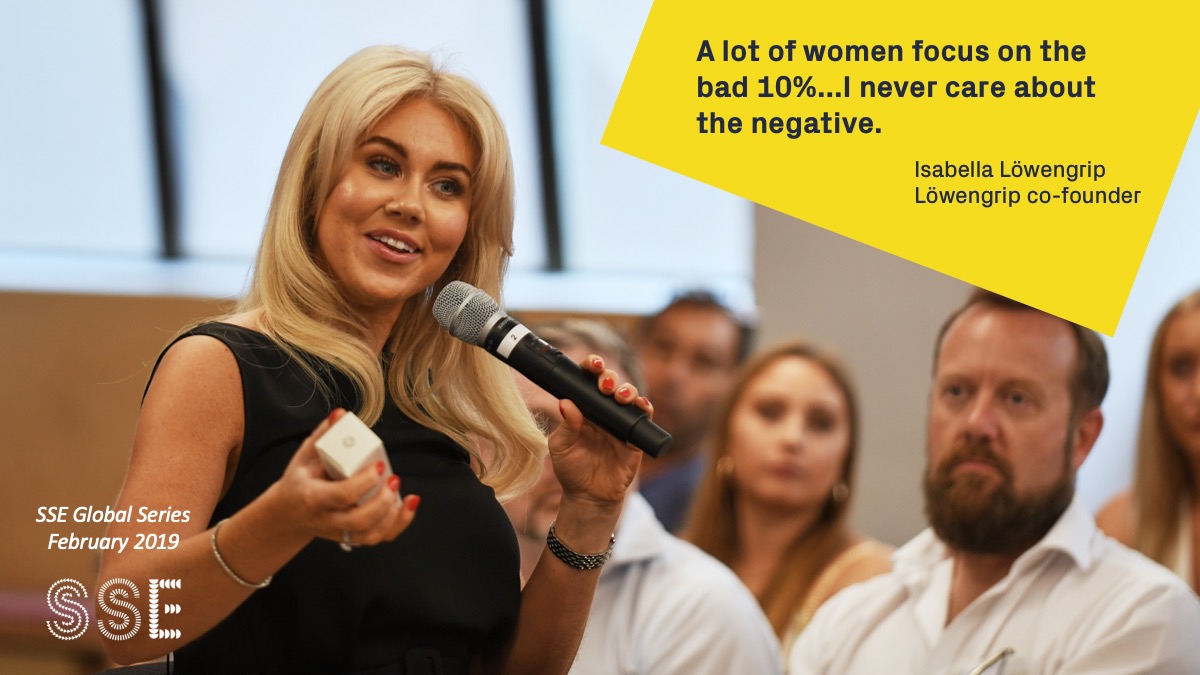 Focus on the positives

“If I get 100 comments and 10 say ‘I’m too fat’ or whatever, a lot of women focus on the bad 10 percent instead of thinking about the positive 90 percent. I just want to be happy.”

When you’re in the public sphere, you’ll always have detractors. For Isabella, it’s a marker of success. If you’re not evoking strong feelings, either positive or negative, then you’re never going to build a following.

How do you avoid the criticism getting to you? Pingus suggests that it all comes back to trusting yourself.

“You need an internal compass. If you listen to everyone else, it just gets messy.” 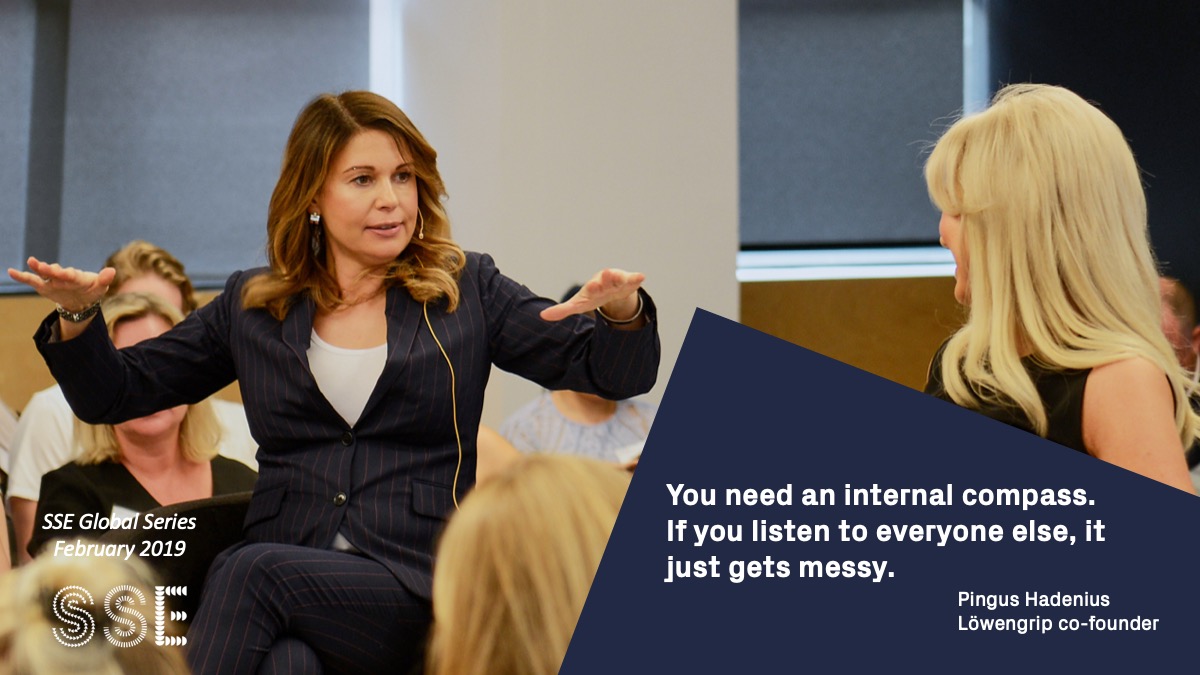 Pingus and Isabella have both been supported by amazing women in their industry. But for all the talk of mentorship, both believe in getting inspiration and support from a variety of sources, whether it be your family, your colleagues or a great podcast.

Both regularly listen to and watch TED talks and seek out inspirational content online. Meeting and interacting with different people from around the world is also a great way of being inspired and challenged. Their advice: don’t just rely on one-on-one mentorship. Search more broadly. 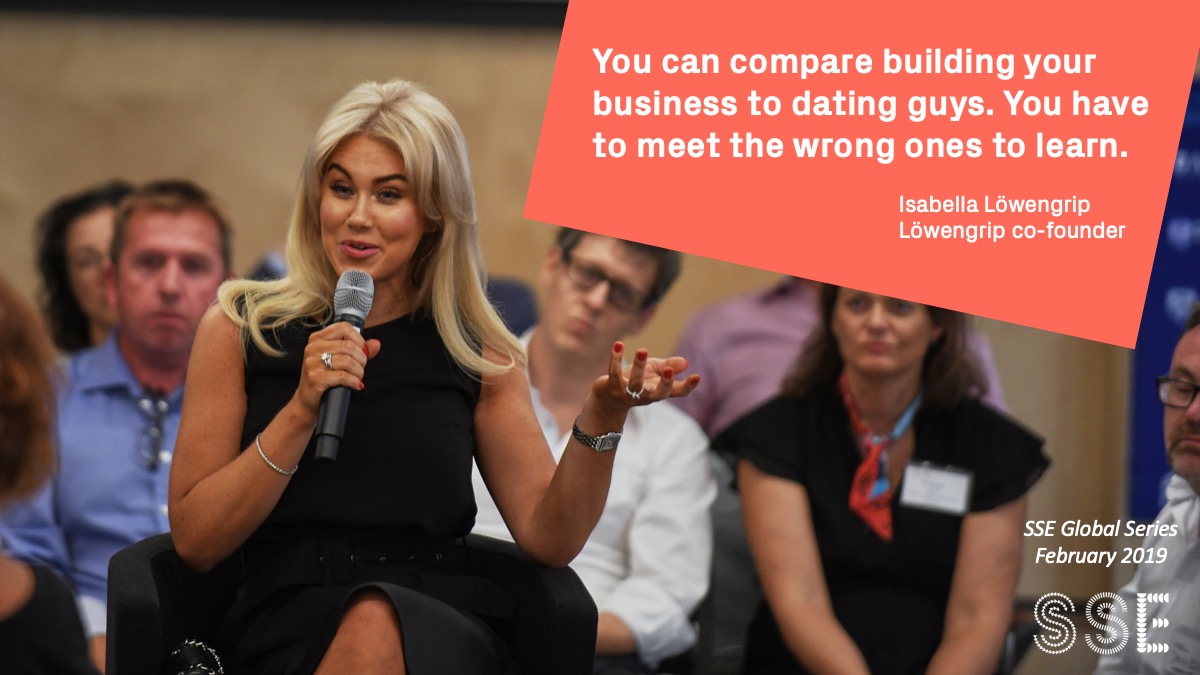 “You can compare building your business to dating guys, you have to meet the wrong ones to learn. It’s part of the journey.”

Isabella has experienced the sting of failure many times before; her first eight businesses were unsuccessful. But she didn’t give up. Rather, she viewed them as learning experiences that helped her understand herself and her audience better.

Like many entrepreneurs, it was only through trial and error that Isabella discovered her strengths, her passion and her niche. You have to go on a few bad dates (or have a few bad relationships) to meet Mr. Right.

“[Starting out] I just wanted to make money, to become a billionaire. Starting your business from that is totally wrong. Find the reason why you’re building the business.”

Isabella and Pingus took this advice beyond the metaphor though – they actually met because they were dating the same guy! The man is no longer in the picture, but it sparked a friendship that became the basis for their business success. As Pingus joked, “you get something out of every relationship!”

“We have big goals and it’s important for us to have big goals because we want to inspire our employees to think big. And all the women that are following us…it’s OK to say your dreams out loud.”

Isabella and Pingus are not just creating anybeauty company. They want to be the next Estee Lauder, the next Chanel Beauty. Why set such big goals? Because, Isabella says, your goals must inspire you. And if they inspire you, they will inspire others as well.

“If you’re starting your own company, the most important thing is not always the idea, the team behind it is more important. You can have the best idea in the world but if you have the wrong people, it will never succeed.”

It’s common that you hear venture capitalists talk about investing in people over ideas. Isabella and Pingus would add one more thing – invest in the team, not just the individual. Both have learned the hard way that working together is better (and less risky) than going it alone.

Together, they have built a partnership based on mutual respect and values but very different skill sets. And they’re always looking for people who share their values and want to expand their skills. In the end, it all comes down to passion.

“You have to do what you love because every day is a struggle.”

Re-watch the whole event on the SSE YouTube channel.